On July 1, Gofee motor held a mid-2020 summary meeting to summarize the work in the first half of the year, analyze the industry situation, check for gaps and fill gaps, adjust work deployment, and strive to promote the implementation of the Gofee project.

At the beginning of the meeting, Chairman Liu Weimeng made an opening speech to the conference, and made a comprehensive analysis from industry trends, government policies, Gofee hardware, software, and the preparation of talents and technical forces, pointing out the industry dividend period, Gofee has sufficient funds, and actively adjusts the supply to improve Production capacity, optimize personnel and resource allocation, and hope that the sales departments will not forget their original intentions and jointly complete the annual work goal. He also affirmed the work and achievements of various departments in the first half of the year and pointed out the direction for the work in the second half of the year.

Chairman Liu Weimeng made a speech at the meeting

General Manager Yang Tie of Qingdao Gofee reported the operation and management situation and main problems in the first half of the year, made an in-depth analysis of the details of the project under construction signed in the first half of the year, the construction progress and the problems in the project, and proposed corresponding rectification plans, and proposed that all colleagues of the company actively Cooperate to complete the Gofee brand project approved by more customers.

Qingdao Gofee Deputy General Manager Yi Xiule reported on the combination of reality, through a variety of targeted programs and Gofee’s first design, to provide comprehensive technical support for the company’s projects under construction.

Song Depeng, the sales director of the Pig Raising Division, reported on the signing and payment of the first half of the year. 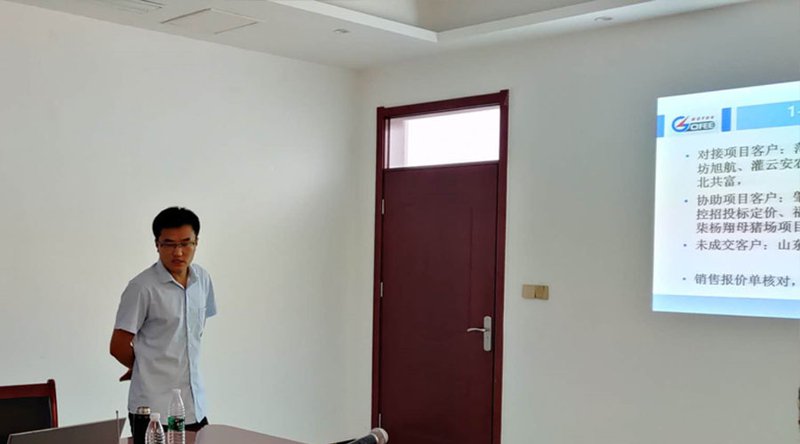 Mr. Song, the pig farming department, made a mid-year report

General Manager Li of the Poultry Business Department reported on the signing and repayment of the bills in the first half of the year, and made active adjustments based on the customer’s response to the equipment usage and the problems encountered by the department’s operations. 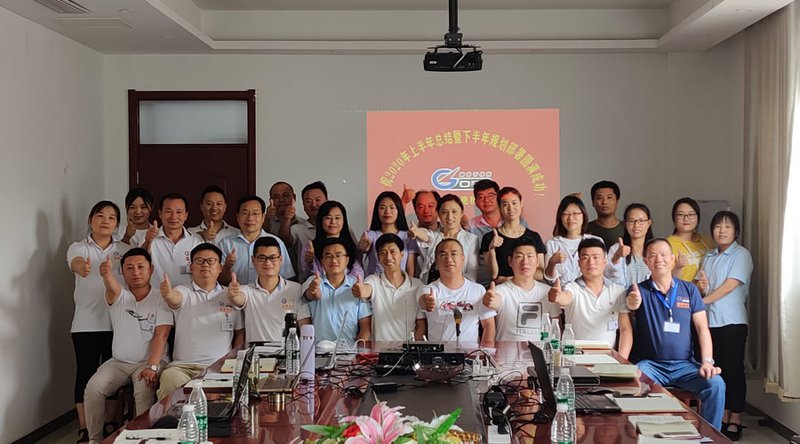 This summary meeting plays an important role in inheriting the past and has played a clear role in the production and operation of Gofee motorin the second half of the year. It also plays a cohesive role, and it also sounds the “charge” for the complete completion of the annual production and management tasks.