How to choose a special inverter motor for paper machine

At present, each country in the world has its own design and production specifications for variable frequency motors. China’s Shanghai Nanyang, Xi’an Motor Factory and many other motor manufacturers also have their own specifications and requirements for the production of variable frequency motors, and also have a corresponding series of products, the following lists the reference basis and characteristics of paper frequency conversion motor selection. 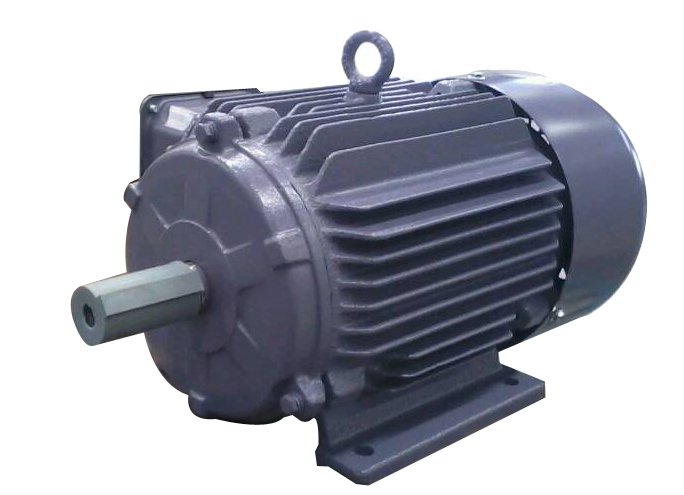 Its main features are:

(1), using the original organic seat number and various standard sizes. This provides convenience for selection and application. When selecting a dedicated motor for frequency conversion, it can be selected according to the standard size of a common asynchronous motor.

(3) Appropriate improvement of the magnetic circuit or material is better for suppressing higher harmonics, and ensuring sufficient torque output at low speed.

(4) Increase the insulation level from E to F. Since the standards are not uniform, the detailed technical specifications are generally not announced to the manufacturers. So you can only do some qualitative and formal descriptions. A simple variable frequency motor can be installed on a common motor.

Second, the paper machine using the medium frequency conversion motor and the ordinary motor comparison and attention to the problem

(1), according to the current experience, for the paper machine, whether the use of special frequency conversion dedicated motor has no obvious difference. In fact, most paper machines today use ordinary asynchronous motors. Therefore, in general, the selection of inverter-specific motors is not necessary.

(2) Due to the power supply of the inverter, there may be a high induced voltage on the body of the motor. Therefore, it is necessary to ensure good grounding, otherwise it will have adverse effects on people and equipment.

(3) For most paper machines, the open-loop control accuracy when using variable frequency speed regulation can meet the production requirements, so ordinary asynchronous motors can be selected unless special circumstances. When it is expected that the production speed varies widely (if it is possible to work below 1/2 of the designed speed, it must be equipped with an AC motor with forced air cooling, otherwise it may cause overheating).

(4) When the encoder feedback component is closed-loop, the coupling part and the additional cooling fan must be specially processed. At this time, the scheme of adding a fan to an ordinary motor can be selected.

(5) When using the gearbox and motor, it is best to choose a four-pole motor and gearbox that match the working speed.

The author once found a 6-pole motor production line in Linqing, Shandong Province, and the motor fault was significantly higher during the initial operation. Moreover, the main performance is that the bearing is damaged and the rotor is rubbed.

Although the exact cause cannot be determined. However, the author believes that there are several problems that are worthy of doubt and consideration:

(6) For the purpose of control and anti-interference, the encoder cable must be separated from the motor cable by more than 30cm and well grounded during wiring.

Third, the output maximum torque and stall torque Low speed torque and stall torque are closely related to the output waveform and control mode of the inverter. The author has conducted a comparison of the stall tests on several different brands of inverters. The linearity and size of the torque vary widely. The closer the waveform is to a sine wave, the better the performance and the better the linearity. But basically, the torque index under the power frequency can be achieved. Therefore, the torque characteristics of the variable frequency motor at low frequency or blocked should be better than ordinary motors. Summary With the deepening of reform, opening up and modernization, China’s paper-making variable frequency speed control technology is becoming more and more widely used, and the matching variable frequency speed-regulating special-purpose motors are also used more and more. The article makes a detailed analysis of the characteristics of the variable frequency speed control motor and the selection of paper frequency conversion motor, and hopes to play a role in attracting jade.